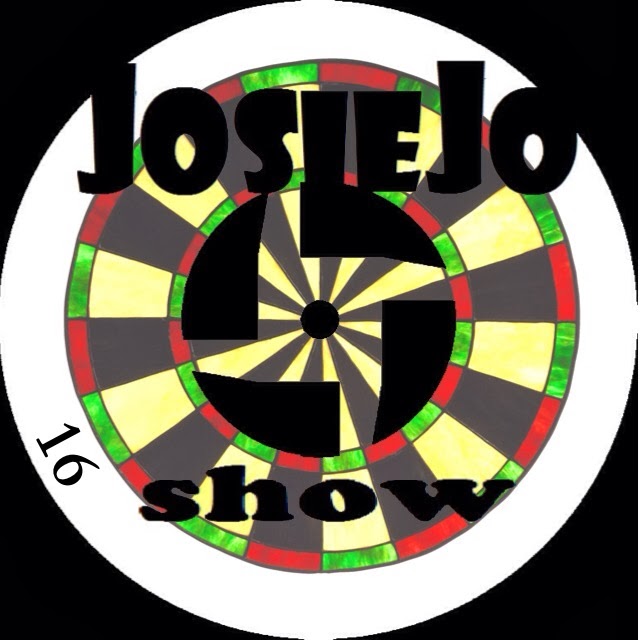 Well hello. I like that introduction I might keep it. It suits my husky voice this week. Well I'm telling myself that anyway. Please bear with me. Show 16 seems to be the croaky show, but I'll soldier on because that's how I roll. This show is simply good music. Two tracks from two different bands or artists that you may just fall for in a big way. Let's see what we've got for you.

From Canterbury, U.K. We have a five piece called CoCo & The Butterfields. They came together through the “busking scene”. How wonderful is that? Canterbury has a busking scene and these guys kept bumping into each other and have formed this wonderful collection re-inventing and re-enforcing each others talents to come up with a great band and a whole new genre. What would you get if you fuse hip-hop with folk? Fip Fok of course. It's superb and such a great concept they named their first EP after it. I discovered them when I stumbled on a brilliantly creative video made with stop-frame animation to their excellent track “Astronaut”. The whole band is a creative melting pot. Their latest single “Warriors” has a video that has created a whole world including maps, glorious costumes and tribes of peoples. It's genius and I'll post a link to those videos on the JosieJo Show facebook page. Go there and you'll also find a video I filmed at a recent gig of theirs of one of my favourite tracks of theirs “Tipperary Boy” it's a bit wobbly because I was dancing so much, but I hope that it captures just how infectious they are live. It was a blinding night and seeing them live is highly recommended. They start a little big tour of the Uk on the 24th of April in Swindon taking in cities including London, Bristol,York and Sheffield amongst many others. Follow me on twitter @JosieJoShow and I'll try and keep you up to date with where they're off to next.

So why are they so good? Well it's the sum of their parts really. This track “Walls” is like the signature tune for CoCo & the Butterfields. It has pretty much everything. Beat boxing, fiddle, banjo, double bass guitar and cracking lyrics. It's about striving. Oh and not letting anyone tell you when or how to feel. I completely agree with this track's sentiment that no one can tell you when to stop loving them.The line “I'll only stop loving you when I'm dead” just seems so defiant, independent and honest. I love the timing as it stop and starts, swings and rises higher and higher. Stand by. This is high energy stuff. CoCo & the Butterfields and “Walls”

Oh yeah! And that, my friends is what you get when you collaborate hip-hop and folk. It's Fip Fok. It occurs to me that I don't actually know what a Butterfield is, but since my word processing programme never throws it up as a spelling mistake then it must be a word. I imagine it involves something like rural fields of buttercups skipping and long skirts. They have a new six track EP out called “King of the Corner” It's incredibly reasonably priced. Go to www.cocoandthebutterfields.com for all that and more.

So that was Fip Fok. I know what you need next... some post grunge, post indie rock from Yekaterinburg in Russia. This next band is Sundoze, five rocking dudes playing their hearts out that won my heart back in 2013. We've played them on Round At Milligan's and for my very special birthday show they sent in a really cool happy birthday message. They have bags of personality and care deeply about live music, and serious fun. I'm bringing them to The JosieJo Show because I really believe in them. They released their EP “Waking Signs” in 2012, but I'm pleased to announce that they have just released a new single “Closure”. Its graphic is shockingly sparse; a white, blank cover with a tiny, delicate red logo that really made me sit up and take notice. “Closure” is a plea for peace, a track about faith. Its vocal has a silky slur that helps its sincerity and it has a poetry that plays with twisting cliches. I love the way they play with your senses and ask you to “breathe in the silence.” That driving vocal and pushing timing mean that I'll take the risks they ask me to. Ladies and Gentlemen, from Yerkateringburg, Russia I present you Sundoze and “Closure.”
http://sundoze.bandcamp.com/

Aww. From Russia with peace and love from Sundoze. Extraordinary. They'd love to hear what you think of their sound so get in touch with them on bandcamp or via their Facebook page. Links to all the bands I've played on the JosieJo Show are right there on my website www.josiejoshow.com My Facebook page has extra content including photos and videos of CoCo & the Butterfields and a link to that Round At Milligan's show I was talking about. Thank you for listening and finally if you grew up in the UK in the 1980's and watched darts themed quiz shows you'll know what I mean when I say listen to Tony.