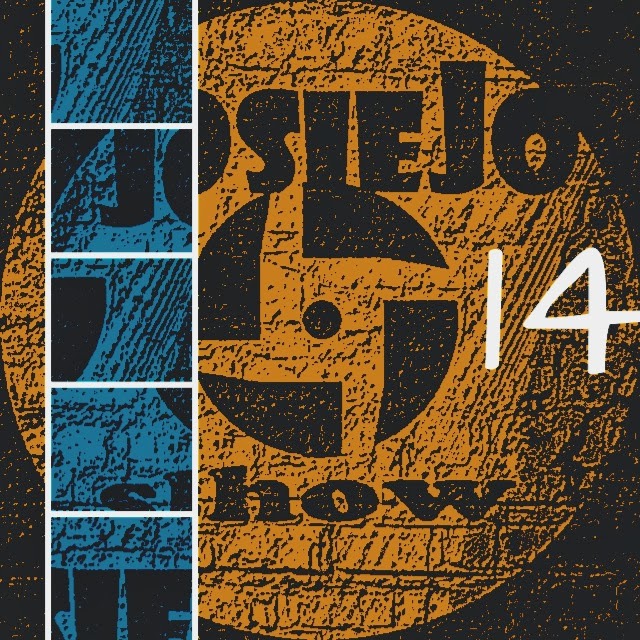 Hello there. This is The JosieJo Show where I bring you two tracks from two different bands or artists that I just really like. This is show number 14. The very first of 2014. Oh the synergy of show 14 being the first of 2014. Just like 2014 this is going to be better than the sum its parts and those parts are two bands from America, one from Boston and one from Concord, New Hampshire. Are you excited? You should be.

The JosieJo Show is all about great original music and there is a bar in Cambridge, Massachusetts called TOAD and it is beloved by my first band Tad Overbaugh and The Late Arrivals. I'll tell you about Tad in a minute, but first let me wax lyrical about TOAD. I've never been there, but it is now on my list of places I have to go to. TOAD is a live music venue that has a board outside that states, in no uncertain terms “Never a cover” and I'm all for that. Plus, apparently it has great food and does a decent pint of IPA. Now that is my kinda place and Tad Overbaugh and the Late Arrivals play there and they are my kinda band. This band is headed up by Tad himself who provides the tunes, guitar and lead vocals skilfully supported by, Rick Cranford on drums, Bruce Freisinger on lead guitar and BV's (that's backing vocals. Get me and my abbreviations) and Matt Arnold on bass (wasn't he a 19th Century poet?). Tad used to play with his band The Kickbacks, but he is producing his new album with the Late Arrivals right now on Peeled Label Records. It's being worked on in two different states and should be available in the second quarter of this year.
He also has a solo album out called “End of the Decade” which is a lovely sampler of his work from 1998-2008 and includes the much acclaimed track “Banged Up Black and Blue”. I do like that track very much, but it's quite sad and I'd like to start the new year off with something a little less harsh so I'm going to play you “Lazy Eye”. This is a great bar room track that plays with imagery and tells a cute tale of eyes meeting across a crowded room. It doesn't need over-analysing. It's a tune to bop to and I just love that raucous, power-pop, churning guitar. Take it away Tad Overbaugh and the Late Arrivals, and their cracking tune “Lazy Eye”
http://tadoverbaugh.bandcamp.com/album/end-of-the-decade-ep

For such a happy, bouncy tune I think that has quite a sad end chord. “Lazy Eye” by Tad Overbaugh and The Late Arrivals. I found Tad by following links from the Boston IPO festival November 2013 run by the mighty David Bash. It was such a good line up that I got the next band from there too. The Tripping Souls is the creative talent of Paul Makris. With the help of his mates on drums and bass he writes, sings, tickles the keyboard and plays guitars to produce really super, alternative rock. Oh yes and he's a rather cool dude; a sort of better looking version of Paul Weller. He's had a great nine months including releasing an EP self titled The Tripping Souls. He's played IPO Boston, as I mentioned, and get this...he opened for Deer Tick at the Sneakers and Speakers Festival in July 2013. 2014 looks like it's going to be a prosperous year for The Tripping Souls as he starts a run of gigs on the 11th January 2014. Catch him, if you can, opening for Big Bad Voodoo Daddy at the Capitol Centre for arts Concord, New Hampshire.

My favourite The Tripping Souls track is of course the one I'm going to play you, but if you go to my JosieJo show facebook page I'll post a link to his reverbnation site where you can hear several of his tunes and really get a feel of his American take on the Brit-pop sound. I struggled to choose a track from The Tripping Souls because I genuinely think they are all strong, but I chose this one because it reminds me of that great Robert Frost poem “The Road Not Taken”. “The Narrow Road” by The Tripping Souls, has that self-aware assurance, whilst at the same time portraying that feeling that you just can't be everywhere you need to be all at the same time. Its musicality is superb. The tune and lyrics are all part of its poetry. I love the beginning, middle and end of this track. This is the journey that is The Tripping Souls and “Narrow Road”.

Awesome. Thanks to Boston IPO for providing two great bands for me to play. Keep listening to the JosieJo Show in 2014 for more tunes. I really appreciate all your support and remember that the bands and artists do too so if you like what you hear on The JosieJo Show please seek out them out and tell them you care. Oh and tell them I sent ya. Follow me on twitter @josiejoshow for news, events, gigs and releases and my facebook page for extra content including free music and great projects. Let's keep the good stuff coming. Thank you for listening.