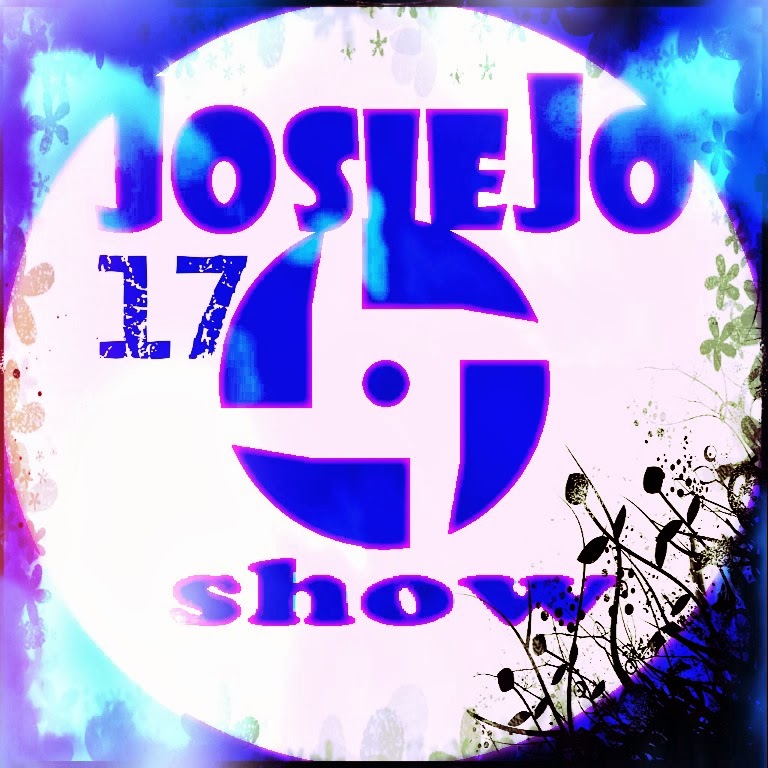 Well hello. This is the JosieJo Show - two great tracks by two different artists brought to you for your aural delight. Music is intensely important to me and I hope to convey this to you, but most of all I just hope that you like what these musicians do. You may not like everything I play. Maybe though you'll prick up your ears and go “ooo I like that. Who's that?” If you come across a new favourite band or artist and they move or inspire you in any way, then all my work will be worth it. What do I have for you this week? Two English blokes both immersed in music from an early age, both super musically multi-talented and both producing great music.

The first of these is King Size Slim the fat roots and blues, musical production of beautifully bearded Toby Barelli. He was sent to me via Funke & The Two Tone Baby and like Funke he's insanely hard working. He did over 152 gigs in 2013. Think about that...that is half the year..like every other day, often three or four gigs a week. Bloody astonishing if you ask me. A quick tour round his website www.kingsizeslim.com and you get the impression that he takes his guitar everywhere and creates music on the move. His videos show him playing on the back of a golf buggy at The Big Chill festival and going unconcernedly up and down on the Funicular railway at Hastings. He's not just a guitar player though. Oh no, his music is hand clapping, broom sweeping pot and pan bashing, rooted in blues brilliance. He started playing with whoever would let him when he was just 14 and his persistence gained him a place in the 80's Two Tone legends that are The Selector. His massive experience makes his sound live and direct even on his latest recording “Milk Drunk” his album released by Treehouse 44.
This track, “Wake Up The Town” is from that album and it's anything but blue. It is foot stomping , hand clapping stuff that is a call to arms to bring the music to the people. It has an infectious start and a rising chorus that kicks in early and won't leave your head. The vocal is like a pulpit, thumping sermon and the instrumental police sirens are a clever, witty touch. Get your blues boogie on with King Size Slim and “Wake Up The Town”
http://www.kingsizeslim.com/

Sirens should be used as second fiddles in more tunes in my opinion. That was King Size Slim and “Wake Up The Town” British Blues cool. My next British singer song writer first picked up a guitar when he was seven years old and has had music in his soul ever since. Jim Cemlyn Jones started a busking band in Bristol way back in 1985 and braved the streets of Bath, Paris and London before ending up in an Acid Jazz Funk outfit in the 1990s. I've known Jim for a while now, but it was when, in some down time at work I stumbled into an outside broadcast van to get another microphone or something and instead found, snuggled in amongst the boxes Jim with his guitar playing some chords and jotting down ideas. He played me some of his tunes, handed me a CD and I realised that jim was not just a great cameraman and a throughly nice bloke, but he is also a cool singer/song writer. If you want to read some very funny stories of his career in television and get a free download of the song I'm going to play head to his website www.cemlynjones.com
So the song I'm going to play is “Love The Feeling” Great story about this track. Jim played an acoustic version to the audience at a snooker match when a power failure made play impossible. Considering the crowd were there to sit quietly watching slow paced snooker they did an admirable job at rewarding Jim's impromptu performance with a rousing round of applause and he did a superb triumphant fist pump at the end. You see it's always worth carrying your guitar around and being ready at the flick of a fuse to perform. Legend. I'll put a link to a video of that exploit on my facebook page, but the recorded track that you get in this show is much more of a production. It's a carnival tune about recharging your batteries with your loved one at the end of a hard working day. You know that feeling when you look at your partner and think “I can't believe my luck that they are with me”? That feeling? Well that's what it's all about. Don't look at me like that. You do know that feeling. If you don't then just listen to this track and it'll make you feel like you do. I really love the sentiment of this song and especially the line “All the money in the world, couldn't buy this kind of wonderful”. It has a kicking guitar solo, multi-layered percussion and soaring brass section. The long fade out just makes you think that feeling will never end. This really is some kind of wonderful. Jim Cemlyn Jones and “Love The Feeling”
www.cemlynjones.com

Oh it's so good. You know I'm going to be extra lovely this week and let Jim play you out with an acoustic track that he wrote whilst looking out of an apartment window and observing the rhythm of the day. He also includes the experience of seeing a couple ballroom dancing in full sequinned regalia in a park in China. Don't forget to follow me on Mixcloud so you'll know when the next show is uploaded, follow me on twitter for news, events gigs and releases and visit and like my Facebook to make me feel loved and get extra content. In all cases if you search for JosieJo (all one word) and show and you'll get right there. I also post to blogger and tumblr under JosieJo Show and if you have any suggestions or comments get in touch by messaging or tweeting me or email me josiejo@josiejoshow.com Finally here's second track by Jim Cemlyn Jones. It's “Skateboard Park” Enjoy.