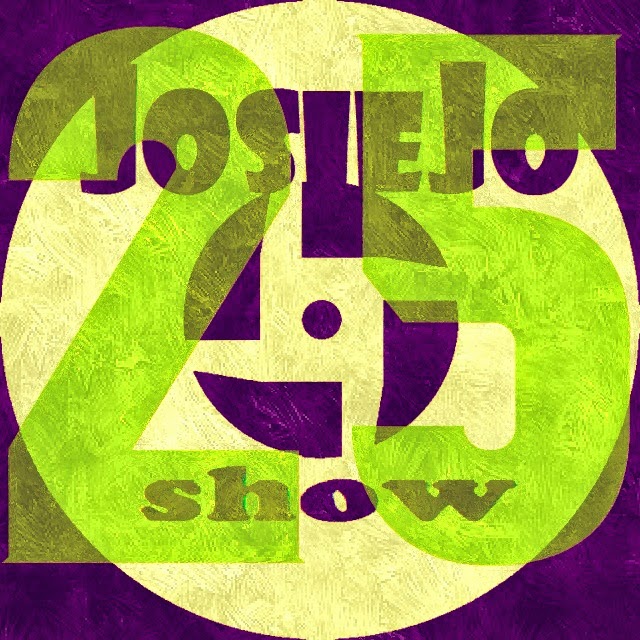 What have we got for you today? Well essentially this show is two great tracks by two different bands or artists that I haven't played before and you may not have encountered before. I think that they deserve more exposure and I want to share them with you in that sort of Mixtape way that we used to do. The third track I'll play is a bit of a bonus by a band I've played on a previous show. This week we have an electronica five piece from London, power-pop rockers from Canada and to play us out a whimsical little track to cheer you up. It's The josieJo Show let's give it a go.

Talk In Colour have been steadily making their way through the notoriously difficult music scene in London, England creating gentle waves of interest and sparking a following. They are at the moment working on a soundtrack for a British film, preparing for the festival season and recording an album. They are about to release an single called “The Cell” on 20th April 2014 and that's what I'm going to play you in this show. It's soulful electronica with gentle, balmy vocals. That's balmy in the fragrant evocative sense, not the mad crazy sense. There are layers of sound including harp and keyboard creations in every track they do, but this one really has a sense of changing space. Even though it is “just music” it reminds me of the work of the British artist, Anthony Gormley particulary his work “Blind Light” If you're not familiar with this piece it is a massive clear box full of fog that the spectator enters and experiences the artwork from inside and out as you and others move around in this fog. The colours, sound and sense of perspective changes as you move around and that is what this track reminds me of. I find that interesting from a band whose name itself plays with the senses of sound and sight. This is Talk In Colour and “The Cell”
https://soundcloud.com/talk-in-colour

That track “The Cell” by Talk In Colour is available for download on the 20th April 2014, but you can stream it for free right now by going to their soundcloud page. Find links to that on their facebook page and I'll post a link to it in my blogger, facebook and tumblr pages. Go to www.josiejoshow.tumblr.com to get this and this whole review in link form.
Enough of that business let's give you some unashamed, crafted and clever power-pop from Toronto, Canada. Clockwise have been on the music scene for a very long time now and the current line-up is formed from several vintage bands. They love music and share and swap it constantly via their facebook page. These guys know how to rock and yet, despite that experience they have a freshness and young at heart attitude that exudes from every guitar growl and drum beat. They take the art of the three minute pop track and give a good old shake down. Although they come from Canada I have seen them play the Cavern Club, Liverpool several times now as part of David Bash's International Pop overthrow and every time they rock the stage with youthful enthusiasm and greet their fans, of which I am most definitely one, with charm and unsophisticated fun. This track “Boomtown” comes from their album “Faders On Stun”, which is, at the moment available for “pay what you like” via their website www.clockwisecanada.com This track is about what it's like to have it all in the city. Like most of their music it has grown-up themes with innocent voom. Men that have never quite grown up and are still playing guitars with their mates and having a ball. This is the ever enthusiastic Clockwise and “Boomtown”
http://clockwisecanada.com/store
Scroll down to Downloads -Ear Candy where you can hear tasters and then “pay what you like” to get the track.
Or go to www.josiejoshow.com click listen to the show and choose show 25 to hear the track streamed in full.
There you go Clockwise and “Boomtown”
For news, events, gigs and releases about the bands I've played on the shows and those to come follow me on twitter under the handle josiejoshow. Contact me via my facebook page josiejoshow or use good old fashioned email josiejo@josiejoshow.com You can recommend bands for me to play, send me your very own outro or just say hello. If you like what you heard please comment at the bottom of the Mixcloud page. The bands do follow the show and really do appreciate your encouragement and comments. Thank you for listening and to play us out here's a whimiscal happy tune from the mighty Misty's Big Adventure “Cheer Me Up”
http://mistysbigadventure.bandcamp.com/track/cheer-me-up