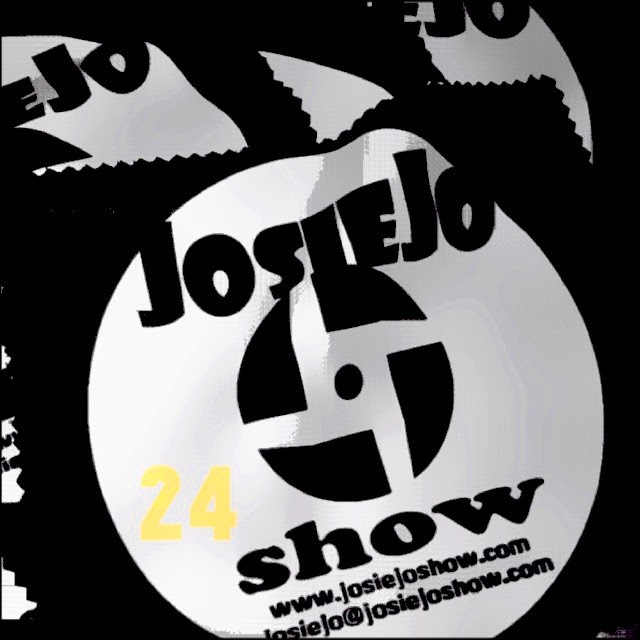 Hooray. You made it. I'm very glad you're here. Let me tell you what this is all about if you don't already know. It's a simple little show that is essentially two great tracks by two different bands or artists that have been producing and creating music. It's all available out there, but you may well not have heard of them. Then I normally end with a track by a band I've played before. Having said that I don't stick to even my own rules so don't count on anything. You may not like everything you hear on the show. In fact the likelihood is that there will be some stuff that just doesn't do it for you, but stick around. You may just come across your new favourite band and on that journey you're hearing tunes and sharing music in that good old fashioned Mixtape way that we used to do. The JosieJo Show is a trans-genre show. Normally the bands have no link and there is no pattern to the plays, but this week both bands have been recommended to me by Jon Raleigh of Boston band Rollo Time. I played Rollo Time when I used to do this feature as JosieJo's Great Big Pair of Tips on Round At Milligan's and I will play Jon's band on this show in the future when they come over to the UK for a few gigs in May. The two tracks for this show, though, came together as I was listening randomly to music on the train the other day and they do seem to work as a mini playlist. The third track is the opening track from The Magic Brothers album “The Magic Line” and I'm playing that because I finally got to see Nicky and Woody play live at The Dublin Castle this week and it was a superb night with lots of love and laughter. Let's see what you make of it all.
So starting with The Queue from Chicago, Illinois they are an unsigned four piece with British Pop influences and power pop freakiness. They are playing International Pop Overthrow festival in Chicago on the 12th April 2014.

I'm going to play you “God Save The Queen”. I know what you're thinking. You're thinking the Sex Pistols and that classic line “God Save The Queen, the fascist regime” It's not that. It's not about the Queen of England at all as far as I can tell. I have to admit to not really knowing at all exactly what it's about. I'm pretty certain that it's about a “deep psychosis.” At least the chorus repeats that a lot. I think it's the chorus. I don't really understand these things, but its clashing, jangly rock guitars amongst its swirl of some kind of morphine induced wobbly is very appealing. It's quite cross so I'm playing you the radio edit. For the full powerful punch go to https://www.facebook.com/thequeue/app_2405167945 but for now here's the mind growl that is The Queue and “God Save the Queen”
https://www.facebook.com/thequeue/app_2405167945


wooo wooo wooo wooo. I love that sort of out of focus/in focus wobble at the end. I was going to play you a drinking song after that one called “Whiskey Rainclouds” by Bob's Yer Uncle”, but in my prep for the show this track by Bob's Yer Uncle came on my player right after the Queue's track and they seemed to work very well together. Never one to turn down fortuitous coincidence I decided to “go with the flow” (I often turn down unfortuitous coincidence and just put bad omens down to the random chaos of the universe. Self delusion keeps us all sane). So Bob's Yer Uncle then. Another Chicago band and, like The Queue, they're playing Chicago's International Pop Overthrow at The Red Tap Line on the 19th April. They also have that sort of British pop undertone which is possibly due to the lead singer and guitarist, Adrian's Liverpuddlian roots. I love the word Liverpuddlian. And I also like the suggested etymology of the phrase “Bob's yer uncle” which seems to have several possibilities most of which are based on stories of nepotism in the British political system or military promotions. In case you don't know it is pretty similar to the French phrase “voila”. Their music is very much straight forward. This track is no exception and it's from their album Xplot-i-mite.


“Sex Wars” is great. It's a call and response from the two voices, first a female and then a male warring over the nuances of relationships. It has some great use of those usual lines you associate with “you did this you did that” round and round arguments of clashing couples whilst at the same time it sounds all “sweetie and darling.” The opening begins very cordially and, as the track progresses the lyrics and the music mirror the inevitable descent into discordance. I love the trippy synths and pause before the repetition of the closing lines. Give it to us straight Bob's Yer uncle and “Sex Wars”
http://bobsyeruncle.com/info/audio.aspx

Ok they seem to think that every relationship ends like that so let's reinstate your faith in human nature. This track is on the album The Magic Line by The Magic Brothers. The Magic Brothers are Woody, the drummer from Madness and his super talented brother, Nicky Woodgate. As I record this show they are in the middle of a five gig residency at The Dublin Castle in North London and me and Dave Milligan went to see them play live last week. This fulfilled an ambition I have had to see Nicky play since falling in love with his album Magic Carpets. There's a lot of magic in the Woodgate world. See the photos I took of the gig by going to my Facebook page JosieJo Show and share the love by liking my page whilst you're there. Thank you for listening. This is The Magic Brothers and “Always be With You”
http://www.mixcloud.com/joanne-salisbury/the-josiejo-show-0024-the-queue-and-bobs-yer-uncle-plus-the-magic-brothers/