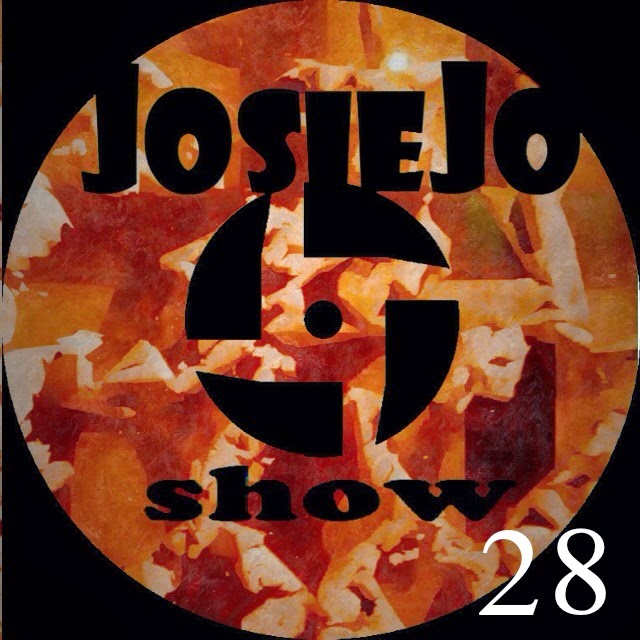 Are you listening up? Right I'll get straight down to it. Two tracks by two very different artists. I want to sum them up succinctly, but I've really no idea how to do that this week. Let's just say that they are quite different. Remember to listen right to the end for a bonus third track and a meluferious ending to the show.

First up is something down right delightful. This is Worsted headed up by the irresistable Paul Gunn, who trained in Paris, but has a suave seduction and a qunitiessentaly English quality to his delivery and charm. On drums there is David Rohonan from Guyana, South Africa who honed his jazz improvisations when Ian Dury talked him into joining The Kilburns. There is also Madras born Leslee Booth who studied music in Los Angles and is rooted in American jazz with Indian influences. Adrian Northover who adds sax, studied at St. Martin's School of Art, played with Billy Bragg in the Sonicphonics and, along with Vladimir Miller and Helen Macdonald, toured Russia with a project celebrating the poet Alexandra Pushkin. Vladimir Miller whom I just mentioned actually composes for Worsted and this track is one of his. It is wonderfully titled “The Arts of Seduction of Hat Doffing” and is available along with two other tracks on their EP “Chapology” Such a selection of talented, experienced and educated musicians has got to intrigue you surely? This track really is a sort of English gentleman's handbook on “getting the girl” with the correct amount of hat doffing, in the correct manner and with style and grace. The track is obviously witty, but it is so much more than that. It starts like tango and then swishs into indian influences with improvised jazz sounds, English ballroom beats and percussion to tap your toe to. It's gin and tonic with a slice of lime, a fine crafted brolly with a hook handle, a sophisticated “hello”. It's just brilliant and I know that friends Dave Milligan and Tony Dickson, both dapper hat wearers will just adore this track. Twirl your mustache, straighten your tie and assume a quirky, wry expression. This is Paul Gunn and Worsted with “The Arts of Seduction and Hat Doffing”
http://www.worstedmusic.net/page5.htm

bombombom. Wonderful.
From that to American surf rock inspired instrumental. Keep up at the back there's no lagging behind on this show. This is a project that John Maloney from the Rotary Prophets is involved in. I played the Rotary prophets back on show 13 and all the archived shows can be found by going to the mothership of the JosieJo Show www.josiejoshow.com and click “Listen To The Show” they are all there clamouring for your attention. Pick one you fancy and give it a play, but back to show 28. Here we have Space Gramps with Hang ten Toby on guitars, Johnny Red Rocket on bass and Anti-Matter Frank on drums and guitars with some of their other mates chipping in on other tracks on their debut album Space Cramp. Are you still with me? The project is called Space Gramps, the album is called Space Cramp and this track is called “Cracker Sniffer” It's sort of a sound track to a cowboy surf eighties silent film. I know that doesn't make any sense, but why should it? With guitar gymnastics, belting drums and good time rolling sounds this track kicks butt, or something. Wait for the pace change and howling solitary calls at the end as if the guitar just doesn't want to stop the party. Saddle up your surf boards this is “Cracker Sniffer” by Space Gramps.
http://jorbipresents.bandcamp.com/releases

You see two different tracks by two different bands. You can't get simpler than that. Well I suppose you could just have one track by one artist, that would be simpler. I hope that you enjoyed it anyway. Don't forget to follow me on twitter josiejoshow for news events, gigs and releases and on mixcloud so you never miss a show. Please leave feedback in the comment sections and tell your friends. The more people that listen, the more the good stuff gets heard. To play us out I'll hand over to John Maloney's other band The Rotary Prophets from Somerville Massechuttes and listen right to the end for a little message in English and Welsh. Cosmopolitan or what? Take it away the Rotary Prophets and “Rose Coloured Glasses” from their album “Faith Lost Love”
http://therotaryprophets.bandcamp.com/album/faith-lost-love