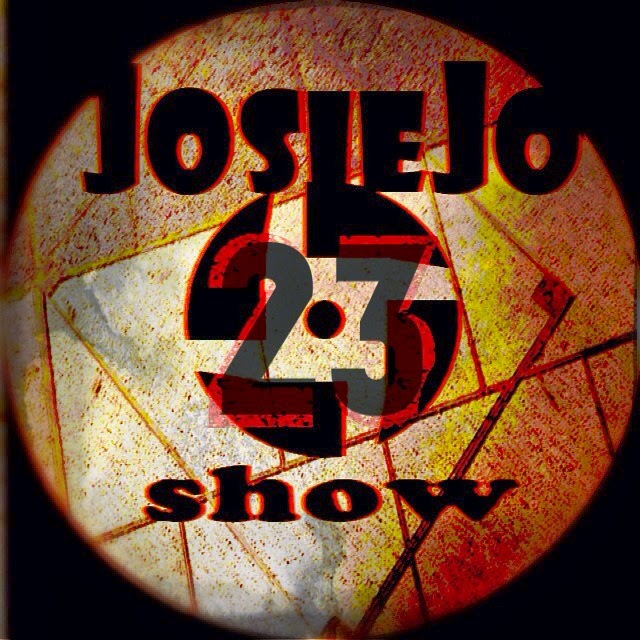 Welcome, welcome, welcome to the JosieJo Show and in tribute to the recent International Women’s Day that was on March 8th 2014 I’ve got two wonderful female singer-songwriters to inspire and delight.  Both tracks are just three and a half minutes long and each is brimming with soul, wit and something of the essential essence of what it means to be a woman in this world of wonder. It’s going to be a beautiful fifteen minutes and I’m happy to share it with you.

May I introduce you to a delightful and youthful singer-songwriter Phoebe Warden? A Nineteen year old from Canterbury, England she’s been immersing herself in the local busking scene for a while now.  I’ve mentioned the Canterbury busking scene before when I played CoCo and The Butterfields and indeed it was at a CoCo and The Butterfields gig in December 2013 that I first encountered Phoebe and she blew my socks off with her super charming, self-effacing calm.  She’s folk indie of the 21st Century.  I couldn’t help but compare her to Joni Mitchell as she played live and listening to her music since she reminds me of a soothing Caitlin Rose especially in this song “Hotel Bar”.  With its cute drinking theme, assonance and terse rhymes it tickles my eardrums and makes me smile.  It’s a song she wrote as she sat in a hotel bar waiting for her date who never showed up.  Once she’s beguiled you with her tune you’ll want to shout “you cad” to that fellow or, as Dave Milligan did at The Green Note café that night, “you were stood up?  Unbelievable”.  Why would anyone stand-up the charming Phoebe Warden?  She doesn’t demand sympathy though.  It’s a happy, hearty, hand-clappy bounce.  This tune is sung beautifully and attentively produced.  Tell us the story Phoebe Warden and “Hotel Bar”.
https://www.youtube.com/watch?v=kw-WvBoy6Ag&list=UUKpGmp8vA-SEMKXRY_uuEAw
Cool isn’t it?  Phoebe is just a delight to chat to and she is often found supporting the mighty CoCo and the Butterfields.  I’ll be tweeting the dates of their mini tour as they continue on it so follow me on twitter under the tag josiejoshow and if you get along to a live event or two you’ll probably catch Phoebe sooner or later.  It’ll be like being in Venice Beach in the sixties and you will be able to say that you were there.
My next musician is Fanny Hulter Salinder and she’s also an artist and producer based in Stockholm, Sweden.  Her musical project goes under the name of Nuoli.   She is staunchly feminist and passionate about challenging stereotypes.  Her music is about questioning what it is to be human and she is being very successful in spreading her word globally denouncing inequality wherever it exists.  In the Berlin based blog Nordic By Nature she recently described her project as being born from the simple fact that “time and pressure makes diamonds”
I think that this track “My Curse Is My Mind” is one of those diamonds.  It’s a call to arms against unfairness and disrespect.  It's swirling sound uses percussion in many different ways which underlines the sort of fragile strength that she, herself, possesses.  Sometimes it’s a tub-thumping beat, next it’s a tinkly twinkle and sometimes it’s both of those at once.   This track has a beautiful soaring quality that leaves you uplifted and the end fades away like stones turning paler as they dry in the sunshine. Sit back and enjoy this.  It’s quite wonderful Nuoli and “My Curse Is My Mind”

I never want that track to end. Nuoli’s new single “My Curse Is My Mind” and you can read her answers to Nordic By Nature’s questions on their website http://nordicbynatureberlin.com/  I’ll be plundering that website for great bands in the near future I’ll be bound. Visit my Facebook page for photos I've taken of Phoebe Warden aswell as much more extra content and my website for links to all the archived shows and links to the bands. In respect of International Women's Day I'll end this show with a track by another great female singer songwriter this time from Vlissingen, Nederland This is Eva Auad and “Roll It Over Me”
https://soundcloud.com/evaauad