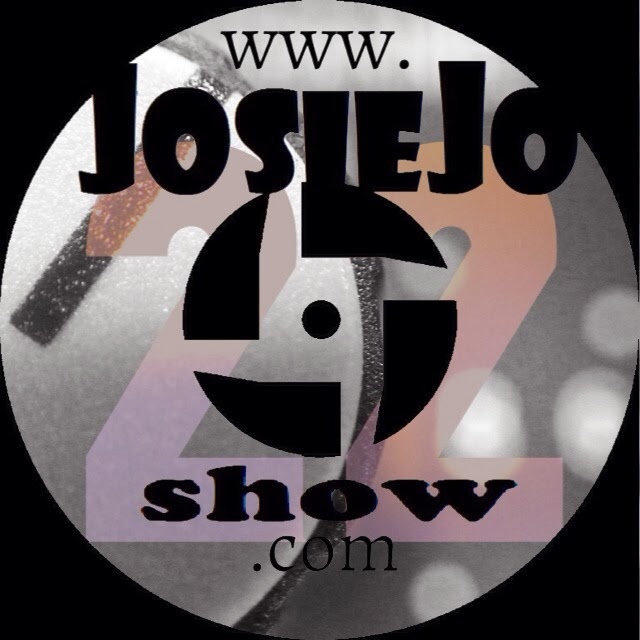 You are very welcome to the JosieJo Show. I really appreciate you listening. Each show I present you with two great bands or artists that you may, very well have not heard before, but I think they deserve some greater acclaim. I go to gigs, I dig around on the internet and I ask other people what they are listening to. The other thing I do is listen radio, a lot of radio. Some of my favourite stations are based in the US including www.scrubradio.com, www.qstarradio.com and the mighty Songsmith's show on Hamilton radio www.hamiltonradio.com. One of my absolute favourite shows though is on Forest FM on a Friday night. I can't listen live, but the lovely Alan Dorey is good enough to post the whole two and a half hours up on Mixcloud and I unashamedly plunder his show the Musical Box for bands I want to share with you. He often listens to my show and pricks up his ears at a band or two and then plays them on his show. It's a cyclical, swirl of mutual music love. My first band this week is, indeed, one of Alan's finds and my second track is one of my favourite songs of all time. Stick around, it's going to be a fun fifteen minutes. This is The JosieJo Show and I'm very glad you're here.

So the first track was played on Alan Dorey's Musical Box and what a good opener. This six piece from London are called GoldHeart Assembly and they have attitude in abundance, oh yes they have. They have a great sound and top life affirming, crowd rousing, melodies that simply shout “let's get dancing”. Very, very excitingly they will be playing their debut album “Wolves and Thieves” live from start to finish at the Lexington in Islington, London on 7th March 2014
This is not something that they do very often so make the effort and then you can say you were there. They also have an album called “Long Distance Song Effects” out now, but better than that their single “Oh Really” is available free on soundcloud. Even better than that is the fact that if you wait just a little bit longer, that very single will be available on vinyl.
Do wanna hear that single right now? Oh course you do. It's punchy, swinging and purely danceable to. It has great pace changes, gymnastic vocals, machine-gun drums and a lovely buzzy guitar sound. It's a track about releasing music and the whole music machine. In a world where Cliff Richard, gawd bless him, has an article in what I always assumed was anti-mainstream music magazine NME I wonder where all the dissident music has gone. Maybe I'm out of touch, but I have to say I love the pure balls of these guys. Without trying challenging chord sequences or alienating spikiness these guys bring attitude in the bucketload. Standby for this track. It dives you straight in with a commanding count in. I'm guessing it begins with a “One, two, three, four, ah, ah, ah,ah”, but I could be wrong and I can only guess at the language it's in. Don't worry their London roots come screaming out and their Camden confidence pushes through like a speeding tube train. Brace yourselves. This Goldheart Assembly and “Oh Really”

ooooooh yes! Thank you Mr. Alan Dorey for dropping them in my lap. I like them a lot. Let's stay just North of the Thames and bring you something perhaps more understated. There is a quirky, eccentric, undefinable gentleman from Clerkenwell who has a band called The Real Tuesday Weld. He's been making tunes for a long time now and named his band after the actress Tuesday Weld. Perhaps not surprisingly he received a desist and remove order from the aforementioned lady he changed his name to The Real Tuesday Weld. This guy is a real character. Live, I'm told, the band sounds like a lounge suited, jazz outfit, but really what this gentleman does is all well just quite different really. Here's an example of just one of the myriad of projects he's been involved in over the years. He was commissioned to provide music for the Mark Rothko room at London's modern art museum The Tate Modern. There is always something artistic and aesthetic he is entwined in. You can check out his latest projects at www.tuesdayweld.com or buy his latest crazy release, five tracks on an umbrella. What else could you need? Three versions of the track “I Love the Rain” plus “Snowballs” and “Golden April Showers” available to hear on that epitomy of controlled English eccentricity, the gentleman's black umbrella. Weather tunes as you defeat the weather. I don't quite know how the mechanics of this works, but who cares? Resist if you can, but why would you? Visit www.antiquebeat.co.uk for more information and the whole of his back catalogue including his solo projects under the name of the Clerkenwell kid. He recycles and re-releases his tunes over and over again. For example, this track, “Anything But Love” is available on the 2001 release “When Cupid Meets Pysche” in the Uk and yet in the US the EP was similar, but different and released under the name “When Pysche Meets Cupid” Why am I playing you a tune that is essentially so old? Why? Because it is, in my opinion, one of the best songs ever recorded. It would almost be worth finding someone to marry me for just so I can have it at my wedding. I am definitely having it at my funeral and it's my mantra, my reset button and quite often my reason for living some days. It pretty much says it all really. It's understated, quirky, and pragmatic. Are you getting the idea yet that it's one of my favourite songs ever? It's The Real Tuesday Weld and “Anything But Love”
http://www.youtube.com/watch?v=6ZI-hGjHZVA


Brilliant, just brilliant. That probably explains a lot about me. I'm going to play you out with a new track by Thomas Dahl and his project Caddy. I played Thomas on an earlier show. You can check out all the archived shows by going to www.josiejoshow.com and click “Listen To The Show” That'll take you right to the Mixcloud page and you can choose a show or two or go right back to show one and listen to them all in order. Each show is ten to fifteen minutes or so long and they are all crafted with love and care. Contact me by email josiejo@josiejoshow.com and follow me on twitter, tumblr and blogger under the handle JosieJo Show. You can also check out and like my Facebook page for extra content including photos and videos of the bands. You can even get embroiled in the the vote for your very favourite JosieJo Show logo. Thank you for listening. And finally here's Caddy and “Something About Carina”.
https://www.facebook.com/caddynorway