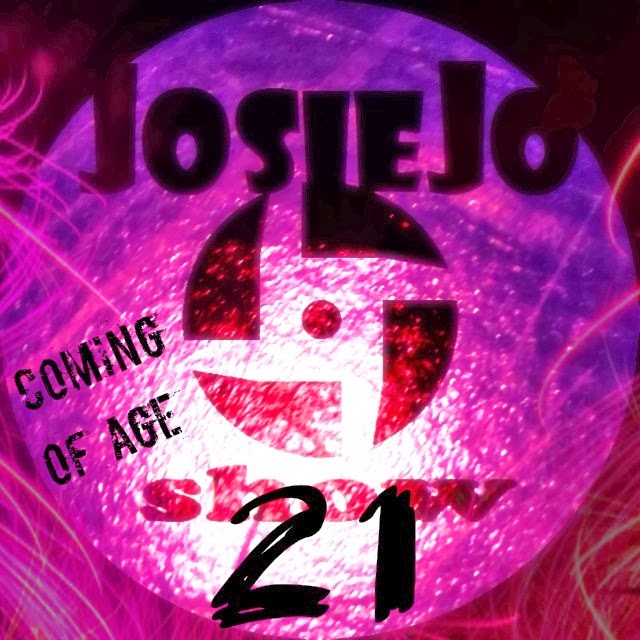 Hooray! It's Show 21 of The JosieJo Show. The coming of age, if you will. The JosieJo Show is a trans genre show and have we got a hodgepodge this time. Are you ready? You'd better be. You are in very good company and you're very welcome. I'm going to wake you up with pop-punk from Wales and then swing you into a sort of Scottishy folky, catchy love ballad and end with an beautiful track by Irish singer-songwriter, Paula Ryan that may well change the world. This is the weirdest combination of tunes, but hey great tunes are great tunes. It's The JosieJo Show. Two great tracks, by two different artists and a special sneaky bonus track for you right at the end.

Let's start by telling you about My Favourite Runner Up. My Favourite Runner Up – what a great name for a band? It's like celebrating the average, that sort of commendation of the “ok”. We can't all be gold medal speed skaters or impossibly thin ski-jumpers flying for glory in Sochi at the winter Olympics, but we can all have a go. The compliment “My Favourite Runner Up” though is like a double disappointment, the one that didn't make it, but is so bad at not coming first they need to be told they are the favourite of the best of the rest. It's kinda sweet and insulting at the same time. It makes me laugh. My Favourite Runner Up are a five piece from Aberystwyth, Mid Wales, but they've been playing North Wales and the area for a long time now. They came to me from a recommendation by Skip from the grrrrringly great North wales punk rock band The No Name Janes and I can see why he likes them. Formed in 2006 My Favourite Runner Up are Tom Carr on drums, Andrew Towell and Lee Walker on Guitar and Tom Hawkes on bass all backing up Chris Evans on vocals and guitar. They launched their latest album “Crossroads” last week. The last track of show 20, “Light a Fire” was from that album, and I said it last week and I'll say it again, it's stonkingly good. It's produced by ROMESH DODANGODA and you can really hear his experience and talent in the mix.
This track “Poison” is from that new album and it's paced and fiery. It's a song about drinking and touring in a van. If that isn't wonderful enough for you it has a great use of whoo hoos. I do like a good use of a whoo hoo. The message of the track? Regret stuff , but never learn from your mistakes. This is summed up in the line “did you honestly think I'd ever change?”. It's noise that is really mixed well. It ticks all the boxes really: you can bop to it, it is clear and clever, it has a catchy hook and driving percussion. It's an anthem. C'mon. This is My Favourite Runner Up and “Poison”

Yep! So wrong, but so right. Love it. My Favourite Runner Up play the Central Station in Wrexham North Wales on the 12th of March and if you want details of their first EP “Thoughts, Feelings, Actions” or how to buy their great new album “Crossroads” visit their website www.mfrurock.com
And now, as the great Monty Python would say, for something completely different. Based in Edinburgh, Scotland the genuinely lovely Nathan Fynn. This guy is simply immersed in music. He is one of the world's music grafters. He plays live music in Edinburgh at least four days a week. I saw him at The White Hart Bar in Grassmarket and he charmingly, yet reticently hands out lists of tunes that you can choose from and he'll play them and his repertoire is phenomenenal. I tried to convince him to play his own tunes for me, but the crowd weren't quite warmed up enough for that, so I came home and looked up his own tunes for myself. This has resulted in me wanting to launch my own campaign to get the bars of Edinburgh having him play his own tunes seven nights a week. I think it would go down a storm. Edinburgh is a city of music with its own heart and colour palette. It's grey, yes, but it has this glorious depth of grey and green. I can't explain it really. It's enough to say that it has its own quality and Nathan has embraced the place, made it his own and through its folk blues his music shimmers with that Edinburgh soul. He says on his website “I hear music in everything; traffic, trees, weather, footsteps, doors. It's everywhere for me.” You can hear him play every Wednesday at The Rose and Crown, every friday and Saturday night at The White Hart in Grassmarket and every Sunday afternoon with his acoustic duo The Hanovers at the wonderful Grosvenor Bar again in Edinburgh. Ahhh! The Grosvenor Bar Edinburgh, now there's a place that I've got happy history with. Let's move on.
Let's have another drinking tune. “The Ballad of Sweet Louise” is from Nathan's EP “The Bullet and the Bridge” which is available for a “pay what you like” fee from www.nathanfynn.co.uk It's a tune about a girl. Of course it is and who wouldn't fall inappropriately in love with a girl who drinks from a whiskey jar and looks you straight in the eye. Just don't play his guitar without asking. That sounds like I tried to do it when I saw him live. I didn't. It was Sweet Louise. His guitar playing is great and he plays one guitar so that it sounds like several. It's a great track and makes no excuses for itself. This is a guy that loves, music, life, women and Edinburgh. This is Nathan Fynn and “The Ballad of Sweet Louise”

Yep! That's Nathan Fynn. And that was The JosieJo Show. For news events gigs and releases follow me on twitter under the tag JosieJo Show check me out on JosieJoShow.tumblr.com to read this show in text format and to get links to the tunes. Go to my facebook page JosieJo Show for extra content including photos and videos and to vote on your favourite JosieJo Show logo and don't forget to contact the bands you've fallen in love with on the show. They really appreciate the feedback and you will be adding to your already uber coolness factor by being there for their own musical journeys. Let's make this world a better place. On that note I've got a moving track by Paula Ryan to play the show out. She's playing on Thursday 27th February as part of the Oxford Human Rights Festival at the Truck Store in Oxford alongside Stickin The Wheel and George The Poet and she'd really like your company if you can join her. http://www.oxfordhumanrightsfestival.org/performance.html
Thank you for listening. Music and you really do make the world a wonderful place. Over to you Paula Ryan and “Our So Called Civilised World”