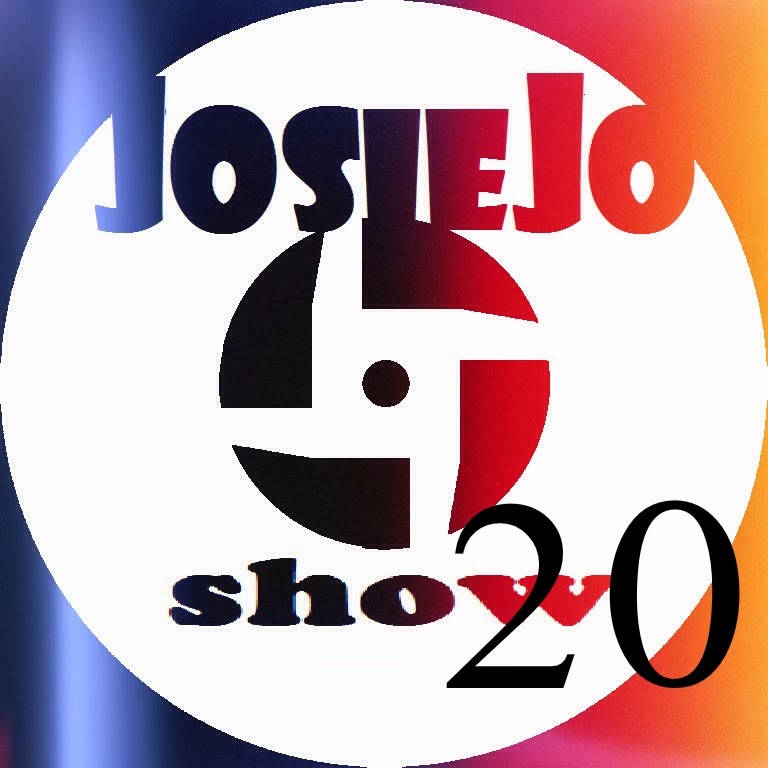 Welcome to The JosieJo Show. I usually say this last, but this week I'm going to say it first while you're still paying attention “thank you for listening”. I really do enjoy doing this show. I do try to inform and entertain. One thing I can promise you is that each show I'll bring you tracks that I like and hopefully every now and again you'll like some too. Who knows, you may even find your new favourite tune. This week I have a haunting duo from Liverpool, a wonderful singer-songwriter from Southend-On-Sea in Essex, England and a sneak preview at one next week's pop-punk band from North Wales.
First up that duo from the city of song. Windmill are Mick Dolan and Dawn Williams and they are on the superb Jack To Phono record label; that's the same label that Ring Ring Rouge are on. You may have heard Ring Ring Rouge on previous JosieJo Shows. If not get yourself to the archived shows after you've listened to this one. Go to www.josiejoshow.com and click “listen to the show” Other Jack To Phono artists I can highly recommend are Bird, The Tea Street Band and Thomas Eno. Windmill are worthy of this company. They sound much greater than just a duo. Their sound is beautiful and has been described as “harrowing”. For a more eloquent description of Windmill than I could ever give check out Lauren Jones' blog www.themusicmanual.co.uk , but until you get chance to do that I'll try to do them justice myself.
This single “Birdman” is available Monday 17th February 2014 and it is stirring. It has a tribal drumbeat that almost seems like the very heartbeat of the song. The vocal is almost ecclesiastical and soaring. If only we could fly away like this. It rises so high that it almost gives me vertigo. It has a sense that you are floating in a dream or separated from reality in the arms of a loved one. This duo is stunning and this track mesmeric. This is Windmill and “Birdman”

That was Windmill and their single “Birdman” available 17th February 2014 on Jack To Phono Records. From one beautiful vocal to another. Next up is Sarah Holburn from Southend-On-Sea in Essex, England. Sarah comes from a musical pedigree; her father is Jonny Holburn the drummer from The Penguin Party. Her talent saw her power through to the final of the Open Mic Uk competition at the National Exhibition Centre, Birmingham in early 2014. Her original music seems to have a charming simplicity, but the tracks are often connected with each other in subtle ways that are honest, unpretentious and informed by her upbringing by the British seaside. She released a 4 track EP “Oh My Goodness” in 2012. You can download her track “Ice-Cream” for free on her bandcamp page and her album “In Too Deep” is due for release in April 2014.
Here's an example of that network within her work. “In too deep” is not the title of this track “Shelter”. Well obviously it's not, otherwise it would be called “In Too Deep” not “Shelter”, but it is an important line in this tune. It's a sea song like many of her others, but it is also a song about a relationship hence the line “in too deep” . You can see how that sense of the word “deep” works on several levels in her song. It has keyboards, great percussion and I love the use of pause and response. It is a song to sway to and the video, like the track itself, plays with angles and perspectives. Fall in love with Sarah Holburn, like so many others have before you and so many others will after you, this is “Shelter”.
http://www.youtube.com/watch?v=x9BP7Yp4NaA

Just brilliant. That's Sarah Holburn and guess what? I've got another track for you. This is from the Welsh pop punks, My Favourite Runner Up and I'm going to make them one of my featured bands on show 21, but they have an album out 17th February 2014, see I told you that it's all going on at the moment. The album is called “Crossroads” and what I've heard of it so far is stonkingly good. This track will wake you up good and proper and it's going to play us out, but listen right to the end of the show because this show my Mum has the last word, mostly because it was her birthday this weekend and because she still rocks at 70. Thanks for listening, this is My Favourite Runner Up and “Light A Fire”
http://mfrurock.moonfruit.com/