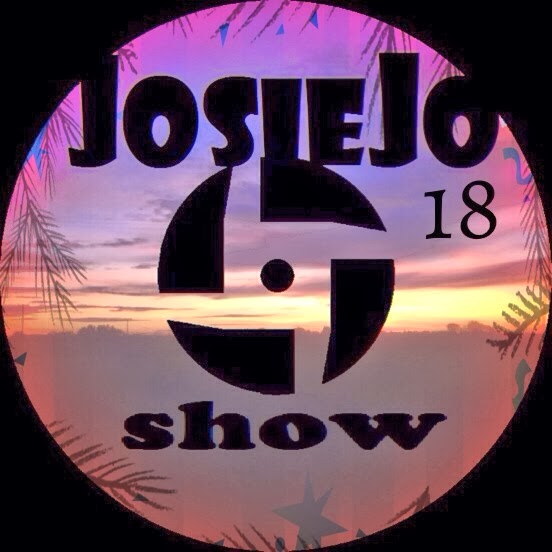 Welcome to The JosieJo Show number 18. This show I'll bring you two great tracks by two different artists and a new release from Ring Ring Rouge. We've played Ring Ring Rouge's track “Dr. Feelgood” on Show 15 of The JosieJo Show and it was one of my chosen tracks of my birthday special edition of Round At Milligan's last year. You can find easy click links to all the Round At Milligan's shows and the archived JosieJo Shows on my very own website www.josiejoshow.com. There you can also find the back story of why I started producing this show for you aswell as photos and links to the bands and artists played on the show. If you like what you hear on those shows or in the next 15 minutes then seek these guys out and tell them you like them. Music is so readily available these days and that dialogue between artist and fan is more essential than ever. For extra content including videos and links to free downloads go to my Facebook page; search for josiejo (all one word) and show and it'll take you right there. For news, events, gigs and releases follow me on twitter @josiejoshow and to read a text version of the show with links to the tracks find me on Blogger and Tumblr. Oh I am so cross-media or whatever the term is. Enough of the business let's get to the music.
First up a bit of Canadian folk with a difference from Markus Michelucci and his project Sound Refuge. Residing in London, England Markus brings you bardic ballads and colourful, creative stories with bending guitar sounds and growling harmonica. His full length album, “Excuse Me, I Think You're In Neutral” and his single “Let It” are brought to you with a deliberate intention to make you think that he is sitting in the room with you, playing and performing just for you. He is about to embark on a European tour in the spring of 2014 bringing his passion and in depth knowledge of guitars and the subtle differences that each one makes to a wider audience. This guy knows his axes and you can read his tonal musings on his blog available on his website www.soundrefugemusic.com where you can also hear his folky blues style.
I say that because I'm not going to play you a typical Sound Refuge track. “Refuge in E Major” is an instrumental, but it's complicated. It almost feels like several tracks blended together. I like the way it feels like a beautiful country walk taken whilst listening to your favourite music and at the same time conversing with a loved one and consuming a great meal. What I'm trying to say is that there is a lot going on. This really shows Markus's musicality. He gets sounds from the guitar that I didn't know where possible whilst the harmonies swirl around your head like colour changing smoke. There's very little point describing it any more. Listen to it yourself. Sound Refuge and “Refuge In E Major”
http://soundrefuge.bandcamp.com/

So that's what “Refuge In E Major” sounds like. Check out his other tracks they are quite different. Next up the title track from the brand new EP “Radiate” from Australian born Bela Takes Chase. Bela does do small acoustic sets, but recently she's been performing with her full band and it really sounds great live. Excitingly though she's playing a very special acoustic gig in the south of London UK on the 13th February 2014 at the Bedford in Balham. She's playing, not just with her usual super band, but also with a string section, a special guest rapper Nash and Joshua Rigal on trumpet. She's always amazing live and really presents a fragile, yet strong figure on stage. Her intensity is well quite intense and you can almost feel the audience fall in love with her as she draws them in. She's also on the bill to play a festival very local to me called Buryfields in Chesham on the 21st June 2014 and tickets for that are selling fast. Check it out on Facebook if you're interested.
The track I'm playing you on this show is quite exquisite and entrancing. It's called “Radiate” and you can find a stunning video for it on youtube. I do love a video that tells a story. It's gorgeous and really worth seeking out, but it's the production of this track that I find really stunning. It's mixed and layered with seemingly effortless precision. The whole track swells from the outset, but its tempo and mood changes really take you on a journey. It has a sense of golden emotion that can travel half way across the world as she describes her yearning for her home and those that she misses. It's a song about knowing ourselves even when we are physically displaced. I can almost feel the heat of the Australian sun as her warm vocal swirls round the intricate keyboards, guitars and percussion.
Feel the love yourself from Bela Takes Chase and “Radiate”
http://www.youtube.com/watch?v=q-3MBSuGRWs&feature=youtu.be

There you go. Bela Takes Chase and the title track of the EP “Radiate” that was launched just a few days ago in London. Don't forget that very special acoustic gig in Balham on 13th February and join her 34 thousand followers on Facebook to keep up do date with Bela's gigs and releases.
Thank you for listening. I really do appreciate it. Now to play the show out I have another new release from Ring Ring Rouge from Burnley in the UK and an anthem to that wonderful Northern Town. This came out just yesterday on Jack To Phono records and it's available right now from all the usual outlets. This is “Strangers”
http://www.youtube.com/watch?v=-mDSBKCFOCo&list=UUqClbuT6SCLmWUHBZ0WqlnQ&feature=c4-overview