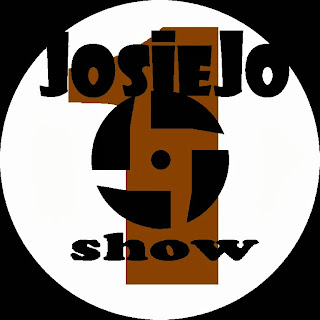 The JosieJo Show 1
JosieJo’s Great Big Pair of Tips
Greetings. This is The JosieJo Show and I’m JosieJo here to bring you two great tips every show a track each from two different artists/bands/musicians. I’ve been going to gigs, digging around on the internet and generally making a nuisance of myself to find the good stuff out there. You probably won’t like all that I play, but hopefully you’ll discover your new favourite band right here. It’s the JosieJo Show – let’s give it a go.

First up I simply have to play you The Penguin Party. They are the reason I started this show. If you want to hear the story of that then go to my website www.josiejo.com, but let me tell you about The Penguin Party. Formed by Dave Milligan it’s a rocky five piece from Essex, England and they’re pure power pop. The songs are stories; stories of local characters and the landscape and scrapes they encounter in everyday life. From commuting into London to the challenges of being a transvestite roofer, single parent. It may not be life exactly as you know it, but it is life nonetheless. Headed up Dave Milligan and co-produced by Gareth David hall on bass, this band is tight. You also get Jan Black and the most amazing hair you’ll ever see on a keyboard player, Johnny Holburn kicking in large in a nifty hat on drums and Dave’s Uber talented and effortlessly cool son, Jake Milligan, on guitar. Live at The Railway Hotel recently (21st September 2013) they played two enthusiastic sets that were…well just really, really good fun.
The track I’ve chosen is “Mike-Leigh-On-Sea” is from their second album “Sex Furniture Warehouse and Other Stories” which comes packaged in a book packed with lyrics and photos (there’s even a picture of my tattoo for those of you with a curious disposition). The album is full of the tales that I talked of earlier, but this track is a real anthem of the area; that Canvey Island, Essex delta that the likes of Dr. Feelgood introduced us to. This is a song about getting drunk (many of them on the album are and if you want to read my full review go to my Tumblr or Blogger sites under JosieJo Show). It catalogues that roller coaster journey you take as you are lifted up to hero status and come crashing back down into the day after. It’s got a hooky tune and chorus with pace changes that keep you disoriented and subtle word play over clever rifts. Enjoy a night out with The Penguin Party and “Mike-Leigh-On-Sea”
It’s the second track on the album which you can stream for free

That was The Penguin Party and “Mike-Leigh-On-Sea” and you can see photos, videos and buy CDs and merchandise via their webpage www.thepenguinparty.co.uk

So from powerpop, to punk. Get used to this, I’m not known for my specialist genres. The JosieJo Show is trans-genre. Standby for The Charly Syndrome from Burnley, U.K. A bleak yet starkly beautiful town in northern England, Burnley has an impressive treasure chest of brilliant independent music. Stick with the show and I’ll introduce you to some of it. I came across The Charly Syndrome because I went to school with the drummer, Frankie Fontaine, or Barry from Burnley as we called him, (nicknames weren’t very inventive at my school). Frankie Fontaine is a much better name for him. Flamboyant and charismatic, Frankie creates what can only be described as BIG DRUMS. Some may say that they are not quite physically big enough due to the fact that he has a tendency to end up naked by the end of the gig. Although when I saw them play live in Nelson his wife made him keep his pants on (that’s underwear for our American readers) due to the fact that his daughter was in the audience. Naked drummers are just part of the show that this intensely physical band put on. Couple that entertainment with a sound that crawls into your soul through punk beats raw guitar, and the deep vocals of Brocky the singer who often migrates into the audience leaving you no-where to hide, you can’t ignore The Charly Syndrome. At full tilt they can fill the room and spill out of the door.
This track “E.G.O” is pure, in-yer-face comment that you can’t turn away from. These guys aren’t dum. Their lyrics may seem a little bit cross, but they are a comment on our self -absorption and society’s struggle against the personal fable that people often use to relinquish responsibility. Having said that, don’t worry too much about the message because it’s the energy of this track that really counts. I find it just lets me be ok with not always liking other people the whole time and that, in itself, keeps me from punching them. So enjoy the social service that is The Charly Syndrome and “E.G.O”

http://www.mixcloud.com/joanne-salisbury/
Posted by Unknown at 02:20